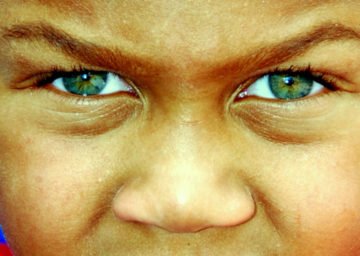 Even after 11 years of vagabonding travel, I still get accused of all kinds of oddities by people who just can’t fathom how it is possible to travel for so long term. They say there must be a catch.

Often Americans, their reference points are trips to Florida and California. Or maybe as far as Mexico and Costa Rica. Travel for them comes in two varieties: business trips and vacations. Both are expensive. The average trip almost never lasts longer than two weeks. Only rich or retired people can travel for longer.

A handful of people I tell about vagabonding assume I come from a privileged family. Work is optional. Or I have some online scam in place. I’ve even had people probe me about selling drugs. He must make his money as a mule.

The most flattering of accusations implied that I was still somehow miraculously living off money I saved or invested while working at IBM. Or maybe I made loads of cash when I sold my house.

I wish I could go back and tell 2003 Greg not to buy stuff (I had six computers). I would tell him to save instead. But that isn’t possible.

The house I sold was in a suburb of Lexington, Kentucky – not San Francisco. I only had three years of equity built up. Do the math. And I really wish my stock trading skills were ninja enough to keep me fed, but they are not. I didn’t buy Apple, Microsoft, or Amazon in the 90s.

Although, I am currently #winning.

I’m often told how “lucky” I am. But I did not win anything. Actually, I have a strange tendency of getting injured more than the average human. That isn’t very lucky.

It’s not luck, but I do have a very blessed life. I am incredibly fortunate in so many ways. But this didn’t just fall into my lap. I worked, studied, saved, scrounged, and taught myself. I survived, and I didn’t quit.

There have been many times when I was so down and out on the road that I nearly had to borrow money to come home.

One of those instances occurred in 2010 when I was traveling in Borneo. Google, wanting to keep shareholders happy under the guise of making the web a better place, made lots of changes. Big corporate sites almost always rank higher now. Good luck competing against TripAdvisor and Kayak.com. My web properties were rendered nearly unprofitable overnight.

Just as I was wondering how long I would have to work in the salt mines, a publishing company randomly approached me to buy several thousand dollars’ worth of photos for a coffee table book. I used that money to buy a little more time on the road. I launched a Borneo travel website and a website for Thailand tips to help backpackers.

When that money ran out, the New York Times accepted my application to work as a contributing writer on the web side of things. They later hired me as an “Asia Expert” before selling About.com. I built the GoAsia website for the About.com from scratch (it’s now relaunched as TripSavvy). And launched more pitiful websites of my own. Most are too embarrassing to even share.

I never missed a deadline for About.com. Even when deliriously ill in India or climbing to a snowy 18,500 feet in Nepal, I fulfilled my contract no matter what.

If I didn’t write, photograph, and code, I would end up back home. That simple.

I did a majority of this work from obscure tropical places. I watched ants crawl in and out of my keyboard as the sweat poured off of me. My simple rooms rarely ever had furniture. My laptop would overheat and shut itself down as I worked on the bed.

I begged, borrowed, and stole Wi-Fi signals. I’ve climbed to the highest points of islands just to get a 2G phone signal to publish something.

While studying kung fu at the Shaolin Temple Xiao Long Wu Yuan school in China in 2007, I would write posts with pen, paper, and flashlight after our “lights out” time. Then sneak or talk my way off campus (Sundays were the only day off) to publish them. They were typed on broken Chinese keyboards in smoke-filled internet cafes.

I wouldn’t call what I’ve been doing for the last 11 years a “vacation,” but I definitely wouldn’t change a thing. There were lots of lows and challenges, but the highs…wow.

Money Is Not a Good Excuse

So here’s the reality. Although people cite not having enough money as the number one reason they can’t travel extensively, it’s a bullshit excuse.

I know that is harsh, but it is true.

I don’t assume that this lifestyle is the way to happiness for everyone. It’s not. But if you do want to travel extensively, don’t think that money is holding you back. It isn’t.

People with very little have been traveling far for thousands of years. Sages, sadhus, monks, pilgrims, migrant workers, hippies — even modern day backpackers…most of us have very little money.

The real barrier to entry may be fear of letting go.

Are you willing to sacrifice security, sell your house, sell the things you accumulated, give up comforts, and go to unfamiliar territory? If so, then money isn’t an issue.

I did not have any plan for location-independent income when I left in January 2006. I lived frugally then learned along the way. Good things come with leaps of faith.

Don’t know how to make money online? No problem. There are many offline options. I’m not just talking about becoming a divemaster/English teacher/bartender/tree planter. Lots of people work hard for a few months a year, then travel for the rest. It’s a great way to fund vagabonding.

Working to save for travel (and setting a hard date to leave) is a lot less painful than working to pay a mortgage. I promise.

I’ve met many zero-budget travelers now. My mentor my first week away from the U.S. turned out to be a 19-year-old German girl. She picked fruit to eat and save money on breakfast. She hadn’t been home in years.

If you want it bad enough, there is always a way.

As long as you’re okay with roughing it a bit (and some of my rooms really are pretty much like camping within four walls), then you can live and travel this world for cheap. Really cheap.

I slept in bus stations and airports between segments on my first trips. I often shared rooms with complete strangers to halve accommodation costs. I couchsurfed across Europe with new friends met in Asia.

I nearly always hitchhiked back from attractions outside of town rather than taking taxis. I’ve stood for hours on long-haul buses in South America because seats were full. I rode for eight hours sitting on a box of onions in Laos.

You have to be okay with obscene, multi-legged creatures entering your personal space from time to time.

In short, you have to sacrifice to make vagabonding a reality. In many ways. That sacrifice begins at home as you start planning. But the personal rewards will far outweigh your initial investment. I guarantee.

How much is freedom worth to you?